Effects of estrogens on the GlycanAge index of biological age

One of the key requirements for an ageing biomarker is that it is responsive to interventions that are beneficially affecting the biology of ageing, but convincing evidence of this is still missing for many ageing biomarkers.

It is known that the GlycanAge index of biological age changes significantly in the perimenopausal period, but underlying mechanisms and the significance of this change is not known. Just published study performed in collaboration between Genos Glycoscience Research Institute, Harvard Medical School and Eastern Colorado VA Geriatric Research addressed this question by analysing GlycanAge in 36 healthy premenopausal women that were treated with the gonadotropin-releasing hormone (GnRH) analogue leuprolide to lower gonadal steroids to postmenopausal levels. In 15 women estrogen was restored by transdermal estradiol patch, while 21 women received placebo patches and remained at postmenopausal levels of estrogen for six months.

In the placebo group, the GlycanAge increased for up to 50% in six months, with a median increase of 9.1 years. The change was observed in all study participants that received placebo, while the supplementation with estradiol was sufficient to completely prevent the increase in biological age. Interestingly, the change in GlycanAge was the largest in women that had GlycanAge lower than their chronological age, suggesting that low glycan age is strongly dependant on sex hormones.

It is intriguing to speculate that hormone supplementation could also prevent the increase of glycan age that occurs around menopause, but this still needs to be investigated. Furthermore, since IgG glycosylation is a functionally relevant modification that regulates the immune system, this discovery opens the option to look for downstream pathways that may be a more specific target for therapy than broadly acting estrogen. 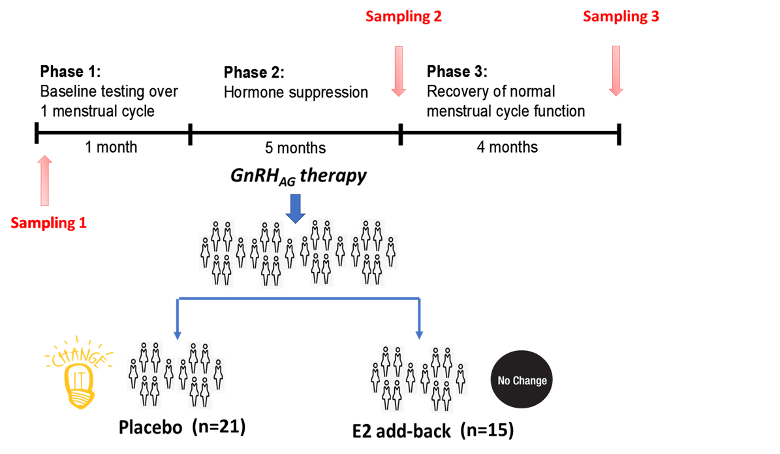 The entire manuscript is available here.